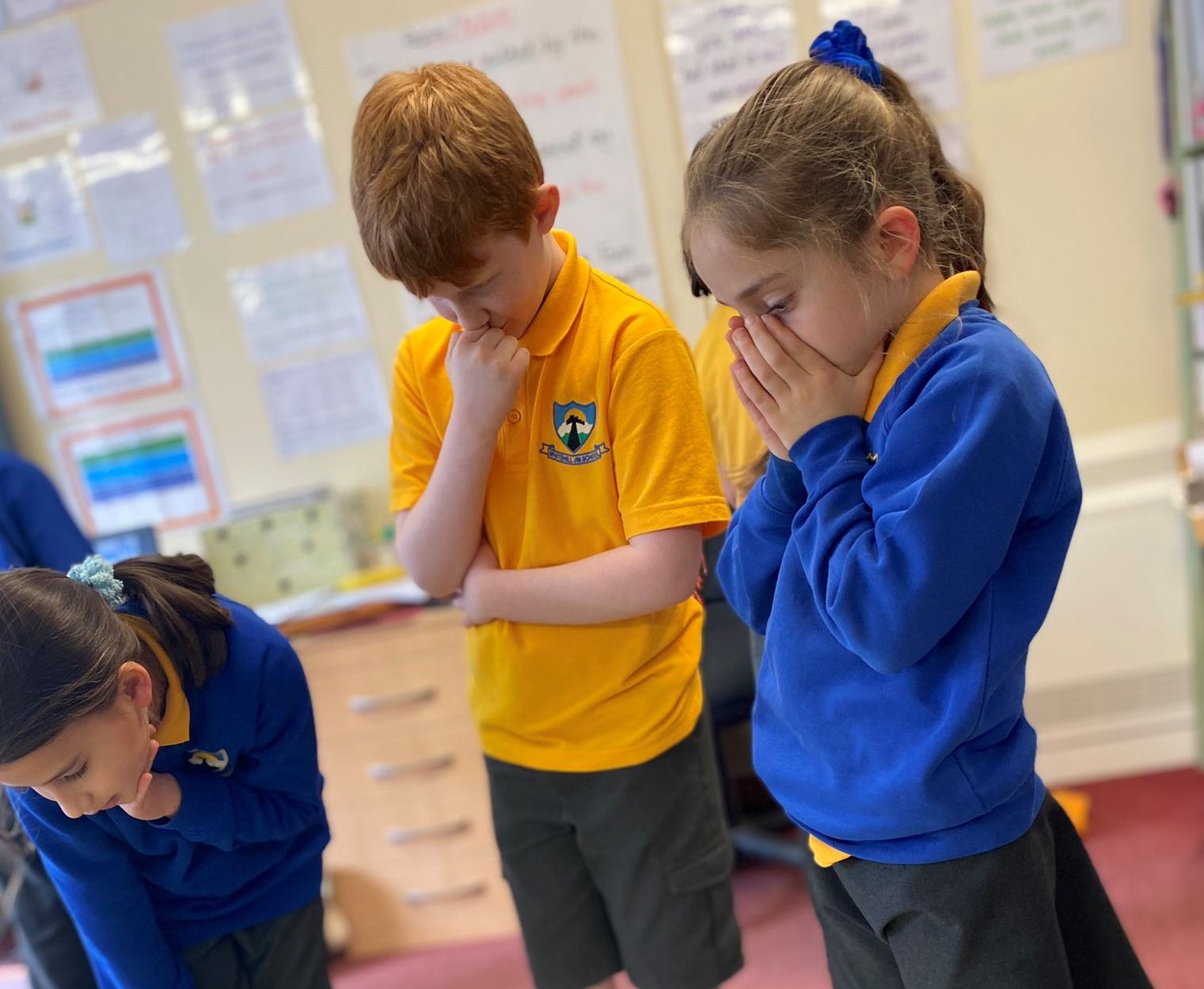 After the incredible success of last week’s Science and Computing week it was back to the routine of our curriculum again. Of course, it was just as interesting and as always, there was some great work for me to see as I visited classrooms and chatted with pupils.

Following on from Friday’s ‘in person’ Achievers’ Assembly last week, we went ahead with my assembly on Monday being in person too. The theme of the assembly was to spend time reminding pupils about friendships and kindness. We have been thinking about using the word THINK to inform what we say to each other. In other words, when we talk to our friends, we want what we say to be True, Helpful, Inspiring, Necessary, and Kind. Ask your children about the mess I made with a tube of toothpaste and see if they can explain this metaphor to you.

With SATs returning this year, I had a meeting on Monday afternoon with one of our governors to discuss the use of data across the school and how this data informs the school’s practice on a day to day, week by week basis. I am pleased to report that he stayed awake and so I couldn’t have been too boring!

I vacated my usual post on the playground on Tuesday morning before school as I was at Hitchin Girls’ School. As a trustee at HGS, it was wonderful to be able to visit during the day again, for the first time in over two years, to meet with members of the PE department. I chatted with staff and visited four Year 7 lessons. I saw several former Whitehill pupils enjoying and doing well in gymnastics, dance and hockey – although I have to admit, one particular former pupil appeared to be dancing in her hockey lesson! Clearly multi-talented!

After school on Tuesday, our Girls’ football team were at Ickleford School to play in the semi-final of the Wix Cup. It is a shame I had a staff meeting as it was a fantastic match by all accounts and talking to Miss Gooderham later that evening, she reported that everything ‘just clicked’. The victory will now see the girls play in the final against William Ransom and potentially see Bella (Year 5) play against her cousin.

Tuesday was also the day our Year 6 families found out what secondary school they have been allocated. This day is one of those milestones in a year which you ‘tick off’ as the beginning of the end. With still just under half a year to go, when they find out their new school, a small part of them has moved on. I know for a fact they will be kept very busy between now and their actual last day; there is so much still to do!

Our speed stacking teams – yes, that’s a thing – have been practising so hard under the guidance of Mr Lord. On Wednesday, they took part in the Sports Partnership competition at Knights Templar School and were simply outstanding! Across all competitions, we secured a 1st place, two 2nd places, 4 3rd places and a 4th. The Year 3 and Year 4 pupils can all feel very proud of their achievements but a special mention has to go to Evie (Year 4) who, by all accounts, became a bit of a celebrity with her insane speed! She collected quite a few certificates and medals.

We celebrated all our sporting successes this week, as always, in our weekly Achievers’ Assembly.

After the success of ‘Maths with Munchies’ last half term, the club is up and running again, this time with Lower School pupils. With the promise of cheesy balls, I went along and had a great time solving problems with some Year 3s and Year 4s.

On Thursday, I hardly moved from my room. I had reached the point with my ‘in tray’ and email ‘in box’ that I needed to stop finding excuses and just get things done. I am very pleased with the outcome of my efforts and am very grateful to Mrs Lanni and Mrs Cook who kept me supplied with coffee. They would probably argue they do that every day but I am sure I have made them one drink this week! #musttryharder

All week, Mrs Vernon has been posting pictures around the dining room which represent book characters or titles. It has proved to be really interesting chatting with pupils as they come into lunch hearing what they think each of them represented. As the week went on, they definitely got harder and there was one today which completed had me stumped.

The music for this week’s Achievers’ was provided by Lottie (Year 3) who played Hedwig’s Theme on the piano for us. As well as the sporting success already mentioned, we celebrated our monthly TT Rockstar champions. It was lovely to see that some Highbury pupils are starting to appear in the mentions. We celebrated individual merit successes which resulted in Fire winning the House Cup. Class of the Week went to Apollo and Orville Class won the Womble. These last two awards now come with one extra ‘prize’ which is the chance to go into dinner first… on pizza day! Now that we are returning to normal lunchtime arrangements we can be slightly more flexible.

Straight after assembly, Mrs McConnell Smith and I were supposed to be heading over to Hertford to visit Simon Balle School and to meet with the Headteacher. I work closely with her in my NAHT work and the three of us wanted to put our heads together to discuss SEND provision. For one reason or another we had to change this to a Teams meeting (one of the benefits of lockdown learning) but it was still very productive. This was definitely the first of several meetings.

After school today, and following on from the success of our girls’ team, one of our boys’ teams are playing in their Wix Cup quarter final against Ickleford. Let’s hope they enjoy their game as much as the girls did. Keep an eye on twitter for the result.

My calendar for next week looks a little busy. I think I may need to do some juggling as I am not sure I can be in that many places at the same time.

Anyway, on Monday the Friends’ Association have their Bags to School collection. Your donations can be left in the school car park first thing. I know details came home earlier today.  I have a meeting mid-morning with the Local Authority with my NAHT hat on and then on Tuesday, we welcome the National President of the NAHT to Whitehill to have a look around and see what wonderful work our pupils get up to.

There are quite a few sporting events next week with football, netball and dodgeball appearing in the diary. I also note that the word ‘final’ appears next to one of them. Good look girls! There is also a Year 5 maths challenge after school on Wednesday.

It looks like I have three late nights with trustee meetings at Hitchin Girls’ School and governor meetings here. It certainly keeps me busy.

Anyway, that’s it for the week. Well done again to the pupils who have represented the school so successfully this week.